You are here:
Namclear NewsNews 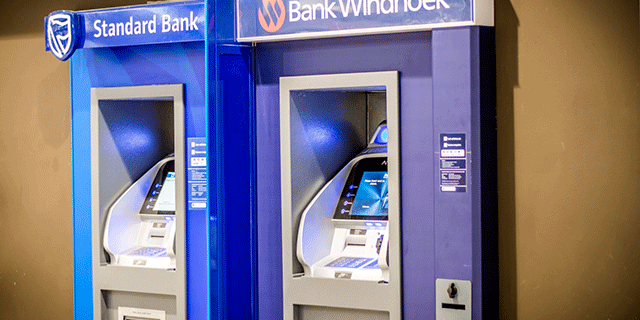 CUSTOMERS from different Namibian banks would no longer have to wait three days for funds to reflect in their accounts after interbank transfers.

This comes as the Bank of Namibia (BoN), in its ‘Understanding Nam-Payment’ publication, released in the first quarter of 2021, announced a new local payment system.

A transfer from, for example, a Letshego Bank account to a Bank Windhoek account, would now reflect on the same day as opposed to after three days previously.

NamPay is a new, domestic electronic funds transfer (EFT) system introduced by the Namibian payments industry in collaboration with the Payments Association of Namibia (PAN) and payment service providers.

NamPay would include enhanced credit streams to expedite interbank EFTs between customers, the central bank said.

“The enhanced credit stream will ensure that interbank EFT credit transactions made between 08:00 and 16:00 can be processed and will reflect in beneficiary accounts on the same day – even after hours,” the bank stated.

Together, enhanced credit and near real-time credit would enable the real-time clearing of single interbank EFT credit transactions, which would ensure that EFT credits are reflected in customers’ accounts in near real-time within the same business day.

Transactions made after 16h00 would be processed during the next business day.

It would also expedite the processing of payments, the safety of transactions and the risk management of various aspects affecting customers’ ability to transact efficiently.

It will now take up to 14 days for debit orders to be considered unsuccessful in customers’ accounts.

However, after the 14-day period, the relevant penalties may still apply.

Enhanced debit orders would include a registration process for debit order collectors for the better managent of debit order mandates.

Moreover, customer accounts will be tracked for a credit balance within 14 days.

This feature will include an automated debit order dispute mechanism.

NamPay will replace the existing EFT system with one which uses an internationally recognised messaging standard.

The use of electronic money schemes are currently a closed loop, which means it only operates within the same institution.

A smooth-functioning national payment system is an integral component of any financial system and an efficient economy.

The total number of gross and batched payments that settled in the NISS as a proportion of nominal GDP measures the total monetary value of the goods and services produced in each period.

The resulting ratio represents the number of times the nominal GDP value is settled in the NISS over a given period.

Using nominal GDP from 2017’s first quarter to 2020’s third quarter, the average nominal GDP in the entire series was N$43,9 billion, while the average settlement value in the NISS was N$233,7 billion over the same period.

Over the entire period, the total NISS settlement values were on average five times higher than nominal GDP, which indicates that most values settled in the NISS circulated an average of five times in the NPS before impacting economic activity.

This means salary values can circulate in the interbank system more than once for various reasons, while nominal GDP represents the total monetary value of all final goods and services produced in each period.